JOURNAL: Struggles with the Panasonic G85 for Vlogging 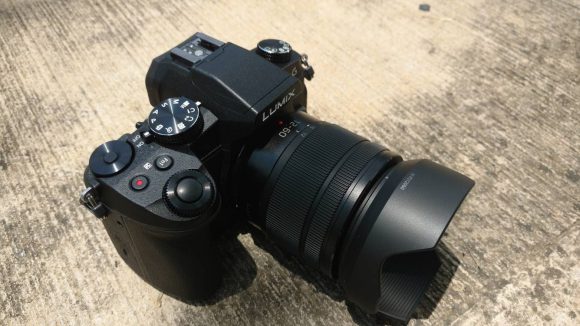 Something woke me up early again. I don’t know what. And I almost went back to sleep, but I felt somewhat rested, and when I had trouble getting back to sleep, I decided to just get up. I went to bed at 10 p.m. last night, and I fell asleep quite quickly, so I got a fairly solid six hours of sleep, which will get me through the day. I won’t feel awesome, but I won’t feel terrible.

Li Jing (not her real name) is returning to Penang today by train, and we made arrangements to meet for an early lunch again. She offered to treat me, and that was very kind of her. I intend to ask her why she has been so busy visiting tourist attractions in Kuala Lumpur. She went to Merdeka Square, to the Islamic Arts Museum, to Brickfields, and to other places in her time here. I assumed she had been everywhere in Kuala Lumpur in her lifetime and wouldn’t need to visit places like that, but perhaps I was wrong. In her message to me, she said she really wanted me to try the traditional Nyonya food Pie Tee, so we might end up going back to the Old China Cafe. I wouldn’t mind that. The food is good there, and the seating is okay if you get the right table.

I spent most of yesterday working on a couple of videos and getting reacquainted with my Panasonic G85. Upon going over the video I shot with the G85 the previous day, I was both pleased and displeased. I enjoyed the close-up shots that I could get with the zoom lens, and the image quality was probably better (though the difference from the GoPro didn’t jump out at me as strongly as I expected). But I was often more displeased than pleased. The exposure was often bad for my purposes. The camera exposed for the background and not my face, so my face was often quite dark and in shadow. And there was a strong contrast between the foreground and background. One would be quite dark and the other quite light. The GoPro would simply light everything evenly and nicely without me having to do anything. The G85 was also very slow to adjust exposure when I moved from a light area to a dark area and vice versa. I never had to think about that with the GoPro. It just kept everything nicely lit.

The same was true for the autofocus. If I re-learned anything while shooting with the G85, I learned that I simply cannot use autofocus for my face. The G85 seemed to do okay when I was shooting other stuff. But when I turned the camera around, it focused on the background every single time and my face was left blurry. Even though I had the focusing area set to the middle of the screen where my face was located, the camera never shifted to focus on that. It always focused on the background. So to keep using the G85, I have to develop the habit of tapping the screen and forcing it to lock onto my face and track it or setting the focus and locking it in place.

With all of that in mind, I went over my C1 and C2 settings and tried to develop a pattern with them. I ended up making them more similar than I expected. I now have both set to tracking focus with the ability to lock focus with the back button focus button. So I can try both. The difference is that I have C2 set to Aperture Priority for exposure, and I have C1 set to Program. The idea is to use C2 when I turn the camera around so that I can choose a small aperture and have more in focus when I am talking into the camera or select a large aperture and achieve a more cinematic look with a blurry background.

In addition to becoming more familiar with the Panasonic’s inner workings, I also experimented once more with mounting the GoPro on the Panasonic so that I can shoot with both at the same time. I remember feeling that as I walked around with the Panasonic I missed having easy access to the GoPro. It would be nice to have both cameras at my disposal. But it would be far too complex and difficult to try to put away the Panasonic and take out the GoPro as I walked around and then go back to the Panasonic again. But if the GoPro were mounted on the Panasonic all the time, I could just switch back and forth or even shoot with both at the same time. The issue, as always, is audio. When I tried to do this before, I ran into a roadblock because I could not split the audio from the Boya lavalier microphone and feed it into both cameras. But I did an experiment yesterday with the Rode Wireless Go and it seemed to work. The problem with THAT was that the jumble of wires I needed to make that happen was overwhelming. The Y-splitter is quite long, and it has a male end on the microphone side and female ends on the two camera sides. And that meant I had to use the Y-splitter PLUS two additional cords to plug into the GoPro and the Panasonic. It was a mess. And that put me right back into a very familiar position of wanting something that didn’t seem to exist and that no one in the world ever wanted or needed. What I needed was a Y-splitter with a male plug on all three ends. And though I scoured the Internet, I saw nothing like that. That gave me pause. It made me think that once again, I was trying to do something that made no sense at all. If it made sense, wouldn’t such a Y-splitter exist?

When I think about it, though, the audio problem really starts with my computer and being restricted to using Windows MovieMaker. Because of that, I need two separate audio tracks – one for each camera. It is nightmarish to try to cut and paste and sync audio. Normal people do that all the time, but I can’t. So I could fix my problem by buying a better computer and using better software. But if I don’t do that, I have to find some kind of adapter or Y-splitter that works. Of course, it is probably a stupid idea. Maybe mounting a GoPro on a Panasonic G85 can add some value, but when you add in trying to record clean audio in both at the same time, it gets to be too much. Without the audio concern, I could mount the GoPro in its much smaller regular cage. And that would be cleaner and lighter and smaller and more manageable. But in order to record good audio, I have to use the Ulanzi V2 Pro and the GoPro Audio Adapter and use another cord. That turns the rig into an unwieldy and awkward mess.

I ran into another issue with my style of vlogging yesterday. As I was reviewing the video from the interesting alleyway that Li Jing showed me, I did some research, and I found out a ton of interesting information about this place. I discovered its entire history, in fact. And all of this information probably would have been nice to have had before I went there. But I’m not entirely sure about that. As things played out, I had simply stumbled across this alleyway. It was a happy accident. And that meant that as I was filming the place, I knew nothing about it. Perhaps that is a good thing. It was a personal and real experience. I was discovering it at the same time as anyone watching the video. But I also had zero information.

The alternative was to plan to visit such a place. Then I would have learned all about it and gone there with all this advance knowledge and treated it as a tourist attraction and not as a discovery. I’m not sure which is better, but I was certainly aware of how dumb I sounded as I didn’t even know that this alleyway was such a big deal nor that it had just opened up. There are dozens of articles online about it, as every blogger and Instagrammer and journalist in Malaysia had been there and written about it. But I knew nothing about all that. I thought it was some quaint neighborhood attraction that some minor government agency had put together. In reality, it was quite a large and expensive passion project of a well-funded company. And it involved a lot of people and artists and a lot of money. Even the scale of it was much larger than I realized. Would it have been better to know all of this beforehand? Probably. But at the same time, simply stumbling across it was nice, too. It made the experience more personal.

Yesterday, I also finished the video of meeting Daryl of Wander Eats, and I uploaded it to YouTube. I haven’t made it public yet, because I haven’t finished the thumbnail and the description and tags and all that other stuff. That is one of the things I will do this morning before I meet Li Jing for lunch. I also haven’t found the time to review all the comments that people left on my latest video, the one about my flight from Mandalay to Kuala Lumpur. I feel a bit bad because I did scan the comments, and a lot of very nice people in Malaysia welcomed me back, and they expressed a lot of excitement about me being in Malaysia and making videos here. Yet, my plan is still to return to Myanmar fairly soon.

I also haven’t been able to spend as much time on preparing for Myanmar as I’d like. Once more, the making of the videos takes so long that it interferes with finding any time to actually do things to make videos about. I still haven’t achieved that elusive balance between recording life on video and actually living a life separate from video. When making videos is so difficult and so time-consuming, you end up in a strange loop where the videos themselves just become about making the videos. Even my video about Daryl and the Vintage 1988 cafe is evidence of that because probably 75% of that video is about buying camera gear for making the videos. It becomes very inception-like. A bit of behind-the-scenes stuff is fine as I buy new camera gear for making videos, but if the video becomes all about making the video, it gets unbalanced. It would be like writing books that are all about nothing but writing the books. I guess that is fine if that is what you set out to do. But my original idea was to make videos about bike touring in interesting countries, and I haven’t gotten close to even riding my bike every since I started shooting video. I HAVE gone to some interesting countries and interesting places in those countries, but far too much of my energy, time, money, and the videos themselves have been focused on the process of making the videos. It’s kind of crazy.