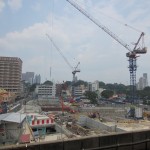 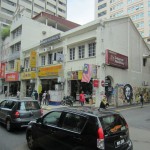 Saturday September 27, 2014
8:15 a.m. Eagle’s Perch, Bird Nest Guest House
Kaula Lumpur
I thought the guest house would be alive with activity at this point, but I think the young kids were up late and they are now sleeping in. Or they were up long ago and are now out sightseeing. So far, I’m not that excited about Kuala Lumpur. I hope my plan works out … 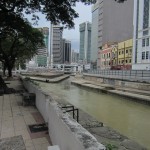 Sunday September 28, 2014
7:00 a.m. Bird Nest 2 Guest House
Kuala Lumpur, Malaysia
I already covered the events of yesterday – my success in mastering the transit system and finding a potential bike shop. Perhaps I didn’t mention the tone of things. What I mean is the social atmosphere out there. It’s a strange one, and I’m not sure I’ve ever encountered it before. At this point, …

A Long Walk to the Petronas Towers 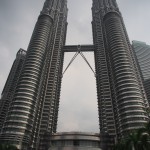 Monday September 29, 2014
7;15 a.m. Bird Nest 2, Kuala Lumpur
It was a Sunday yesterday, and bike shops and such things were largely closed. I started the day in the Internet café. I mentioned before that the Internet café is FAR more advanced than the ones in the Philippines: Much more space; more comfortable; wonderful chairs, good mice, good monitors, fast connection, reliable computers. There’s really … 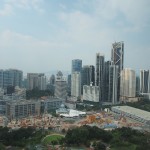 Tuesday September 30, 2014
6:45 a.m. Kuala Lumpur
Bird Nest Guest House
I got a bit of a late start yesterday, so I didn’t accomplish as much as I’d hoped. I suppose I can also blame that fact on circumstance and the nature of Kuala Lumpur.
My current task is still to rebuild the wheels on my bike, and to that end, I wanted to go to another bike … 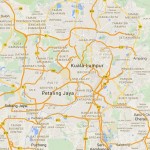 Thursday, October 2, 2014
6:20 a.m. Bird Nest Guest House
Kuala Lumpur, Malaysia
I experienced some success, though very frustrating success, with the website. I had sent an email to my hosting company,m and I got the usual techo-babble reply. I felt I had the right to contact them because they had recently moved my website to a different server. I suggested that my website had crashed because …

This is one of the regular lunches I have in this

Special Thai dessert to round out my Pork Adobo at

Pork Adobo was my lunch today at Salvador Mary Jan

I read that the movie "Lost in Thailand" from Chin

My morning in Pai today took in sunrise, then the