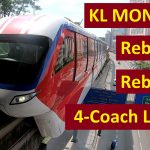 Spending as much time as I have in Kuala Lumpur, I’ve had the chance to ride on the RapidKL system of MRT, LRT, and Monorail trains a LOT! Riding the Monorail was an interesting way to see the different neighborhoods of Malaysia’s biggest city, but it wasn’t the fastest or the most comfortable way of getting around – until now!
I wasn’t aware of it, but … 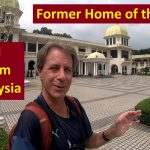 As Malaysia’s Independence Day approached on August 31, I decided it was a good time to finally visit the Royal Museum in Kuala Lumpur (the Muzium Diraja). This museum had gone under the radar to an extent, largely because it is hidden in a forested area and surrounded on three sides by busy highways and the Klang River. I had walked all over that part … 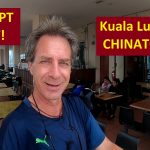 A few days ago, a friend of mine brought me to her favorite place in Chinatown. A mutual friend had shown it to her. I was so impressed with this place that I decided to go back with my camera and show it to you. There are lots of interesting areas to explore in Kuala Lumpur’s Chinatown here in Malaysia. And there are plenty of … 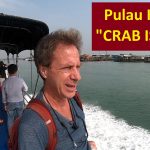 Friday August 16, 2019
6:45 a.m. Room 4, Natalia Guest House
Kuala Lumpur, Malaysia
I went on a day trip from Kuala Lumpur yesterday, and it turned out great. There is nothing like a good day trip, in my opinion. You get to wake up in your current hotel, go have a great adventure without having to worry about your luggage or anything, and then you can enjoy … 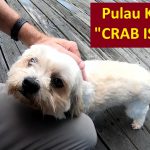 Pulau Ketam (Crab Island) is located just a few kilometers off the coast of Malaysia. This mangrove forest island was settled in 1880 by Chinese fishermen, and today, it has developed into a modern tourist attraction for day trippers making the relatively easy trip from Kuala Lumpur. People come for the scenery and for the seafood.
Being a mangrove forest island, there is no land to … 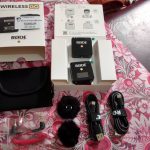 Sunday, August 11, 2019
5:30 a.m. Room 4, Natalia Guest House
Kuala Lumpur, Malaysia
I had a good day yesterday in terms of technology. My goal was to buy a new lavalier microphone to be used with my new Rode Wireless Go. When I left to go to Camera Valley, I thought I would end up having to buy the expensive Rode SmartLav+. The main feature I needed …

VIDEO: Leonardo da Vinci’s Masterpieces in Kuala Lumpur – PLUS Lost on the Monorail 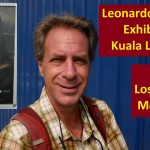 The Leonardo da Vinci Opera Omnia exhibit was on display at Malaysia’s National Art Gallery for just one month from July 15 to August 15, 2019. I had the opportunity to check it out just a few days before it closed and moved on to Bangkok and then Yangon. The exhibit contained 17 reproductions of Leonardo’s most famous paintings. These reproductions were created using sophisticated … 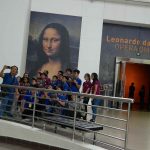 Saturday, August 10, 2019
6:00 a.m. Room 4, Natalia Guest House
Kuala Lumpur, Malaysia
Yesterday, I went to the National Art Gallery to see an exhibit called Leonardo da Vinci OPERA OMNIA. The exhibit is running here from July 15 to August 15, and then it moves on to Bangkok and then Yangon. The exhibit was put on by the Italian government to mark the 500th anniversary of …

This is one of the regular lunches I have in this

Special Thai dessert to round out my Pork Adobo at

Pork Adobo was my lunch today at Salvador Mary Jan

I read that the movie "Lost in Thailand" from Chin

My morning in Pai today took in sunrise, then the