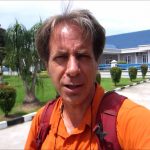 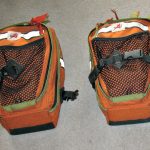 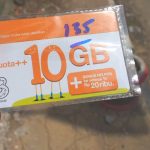 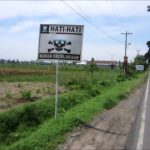 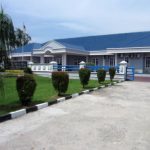 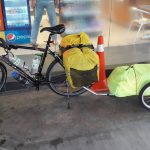 Today is the day that I go to immigration to apply for a 30-day visa extension. I hope it goes well. If there is a serious problem, I still have options, however. I wouldn’t be happy about it, but I could probably go back to Tanjungbalai and take the ferry back to Malaysia. Then I could make my way up to Penang and apply for a fresh 60-day visa. I’m confident I could get that. But it would be better at this point to get the 30-day extension locally.

Overnight Wackiness in a Wonky Hotel 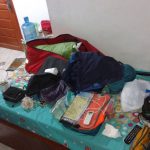 I’m still in Sumatra. My current tourist visa is expiring in a few days, and I’m on my way to a town called Siantar to visit the immigration office and apply for a 30-day extension. This may or may not go well. You need official documents from a local sponsor in order to get a visa extension. I have a sponsor and the documents already prepared, but this sponsor lives in the town of Kisiran, not in Siantar.